A new video is posted on the Media page.  In Step reminds you to measure your steps, stay in line. be orderly and behave.  Someone is watching.  Someone is counting your steps.

It was after five

Enough light to catch the Brooklyn

brownstones on my way to

tendrils through the snow

I just posted a new short video to the Media Page.  I made this in the most labor intensive and primal way I could.

I would like to hear from Readers about your views on the flowering of the creativity industry. The assumption is that everyone is a creator just waiting to be released. Books, seminars, courses abound.  What does this mean?  Your thoughts, please send them to me in the Comments Section or email me at CR@CatherineRedmond.com.  Thanks. 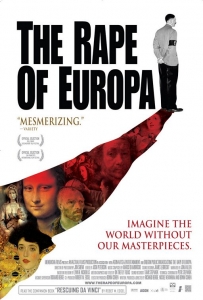 More snow and today it falls on the edge of being rain. Awful to traffic but so pleasant if you are inside, a cup of coffee and the pleasure of watching it come down. Nature is keeping us alert this season. Write you novel, give a surprise gift to your friend, make snowflakes, smile at your co-workers for a change, and be glad you are part of the grand plan.  The helicopters have returned to their nests and normalcy has returned to Midtown.  Happy Monday!

A huge Homeland Security trailer has been stationed outside our door all week and for the last two days the air is filled with copters buzzing around non-stop, day and night.  Policemen are plentiful.  It feels more like a war zone than a pleasure dome. I wonder at the expense of underwriting this brutal sport that sacrifices steroid pumped steers for our bloodthirsty pleasure. I wonder what this money could do for children who can’t read, teachers who can’t read, the homeless, the hungry and all the other segments of our citizenry who are being squeezed out of what used to be their city.  This is called entertainment.