A lemon drop in the early evening light.

Think about Monet at Giverny, his total immersion in his flowers and plants, the ponds, the koi, the birds, and the creation of his world — who can forget that dining room! — it leads me to think there are two kinds artists: those who take the world as they find it and those who create another world by design.

News of the death of the genius John Nash and his wife Alicia at the hands of a taxi driver whose cab went out of control. Here is some geometry in his honor. He gave back his gifts.

My photo, Late Afternoon Sun, is included in a new exhibition, Still Life, The Inanimate Subject at the MPLS Photo Center.  Opening on May 29th and running through July 12th, 2015, it is free and open to the public. Details can be found in the News section here or at the Center’s site. 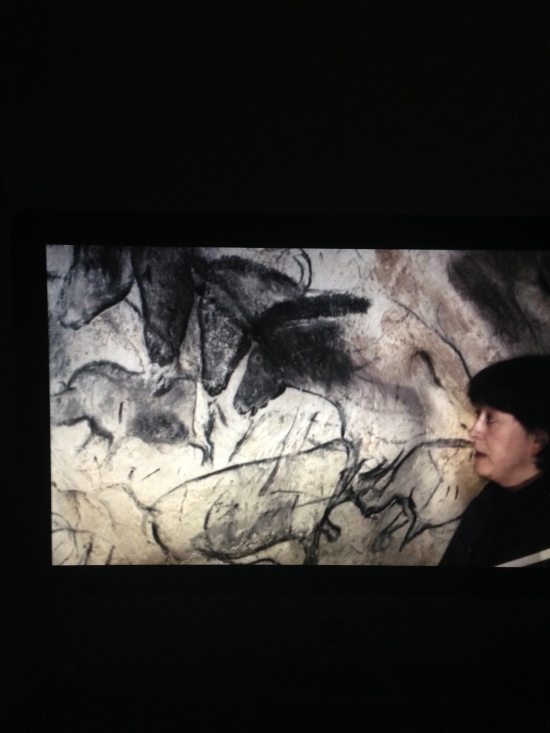 Drawings at Chauvet, a still from Cave of Forgotten Dreams by Werner Herzog

Last night I watched again Werner Herzog’s film, Cave of Forgotten Dreams.  A relatively recent discovery in France, the cave at Chauvet had been closed for thousands of years by geologic events, sealed and preserved in time.  The paintings date from 40,000 years ago when the Mammoth roamed with Homo Sapiens as did his relative, the Neanderthal. What is a surprise is that these humans living in such harsh conditions, had perspective, tonal observation, perception of aspect, full bodied form and implied movement already in place.  So much for Piero and Brunelleschi.  They were also-rans in this visual game.  The sensitivity and confidence of the line in these is striking — they carry the breath of the animals they observe and create.  It is fatuous to remark but these images could have been drawn by Degas.  Look to the right at the similarity in the line quality, sensitivity to light and palpate immediacy.

Now consider the new wave of De-Skilling that is washing over current art education.  It is the notion that drawing and observational skills are part of the enforced inefficient old academy and that hip enlightened programs want to scrape off the skill sets of the past and return to the primal first cause using current technologies.  But here is what the primal looks like, present long before the Beaux Arts opened its doors.  Here is the spirit of man, the same that has been in us from the beginning.

You can find this film on YouTube and can enjoy it as often as you need a reminder of the miracle we carry.

This tiny male Wren has been calling a mate for two weeks now. He deaccessioned my largest feeder to build his perfect nest, lined it with spider sacs to control the bird mites and now sings for a companion. Girls come and go but so far, no takers. I worry about him. Certainly there is some lady friend who will find him pleasing.

It is certainly a time to reflect on the awakening of the land from our long winter. It brings reassurance that if nothing else, the Earth still rotates on its axis as we have come to expect.

Yesterday, there was an evocative piece in the Times on Antibes, that area on the French Riviera where Fitzgerald wrote Gatsby. I found the writing so seductive, I started to re-read Tender is the Night which is set there. Although I have reread most of his work over and over again, I never could go back to this one since I first read it as an assignment in college. I found it too heartbreaking and depressing. I was very young then. Now I will discover why it had such an effect on me.

Wikipedia explains:  The term cowlick dates from the late 16th century, when Richard Haydocke used it in his translation of Lomazzo: “The lockes or plaine feakes of haire called cow-lickes, are made turning upwards.” 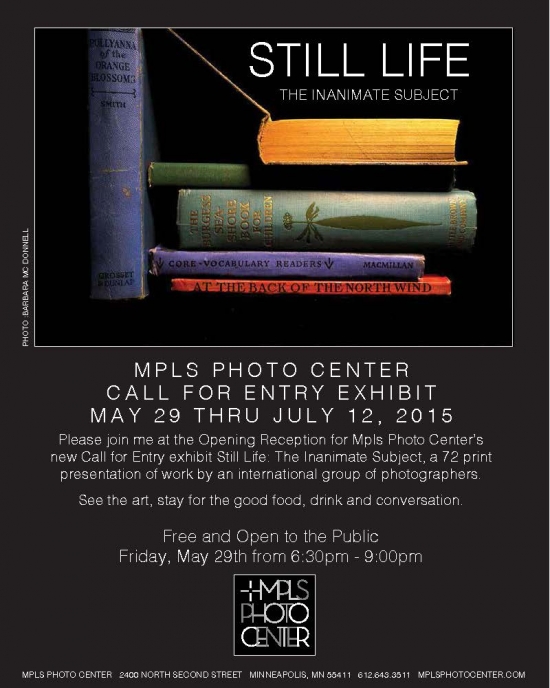 My 2015 photo, Late Afternoon Sun, is included in this exhibition curated by Russell Joslin, Editor and Publisher of SHOTS Magazine.

About the Work
More than other genres of photography, still life generally gives photographers greater latitude in achieving their final vision through the arrangement of inanimate objects and composition of design elements. It can also allow for a slower and more thoughtful approach to the creation of a photograph. As I looked through the 1000-plus images submitted for this exhibition, I found myself not only compelled by the various choices of subject matter that each photographer visually documented, but also by the human presence implied in each of the works. Ultimately, it was a reminder of what most essentially and instinctively connects me to the language that is photography—it’s not just the photograph before me, but it’s the thought, the touch, and the presence of the creator behind it. In turn, it’s my hope that the viewers of this selection of works will be able to connect to the photographs in their own personal and sensory way—perhaps through the recollection of a moment, memory, feeling, or fleeting thought. Juror, Russell Joslin, March 20, 2015

This is a Test, 2015, Archival Digital Print

It’s informative to look at images reversed and together. This was a photography practice of yore, often done with faces. The portrait was printed with the negative in both positions, then cut in half and repositioned and sometimes rephotographed. The results were always surprising because they revealed how the human face is not in the least symmetrical. This supported the metaphor of the divided self. Here using the tree outside my window, shot without filters and simply converted to Black and White in the computer, you can pick up all sorts of patterns not seen in the single version.  Life around us is much more surprising than we realize at first glance.