Goldfinch at Take Off with Seed, 2015, Archival Digital Print

It would be good to keep a record of observations of these matters.  There is a change in which birds choose to eat at the feeders and when they do. Some come in groups — a family of Grackles was here over the weekend — and then don’t reappear for weeks only to suddenly arrive again as if they are regulars.  What?  You don’t know me?  Others are constant suppers at the table, Braveheart and his wife the most reliable among these.  Each seems to have a morning and afternoon schedule and then there will be periods when the feeders are deserted all day.  Why?  Is there a BirdCon in Staunton or a free concert in Stuart’s Draft?  Or was there gossip that a trapper with a net was nearby?  I don’t know.  Like all communities I’ve watched from my windows, the rhythm is the reassuring constant.

This tiny fellow was very hungry yesterday and ate and ate at multiple feeders.  I caught him on his bounce off to take flight to the feeder near by.  His intensity and size, like blinks, shocking and teeny.  Look at those feet!

It is the longest day of the year, a day that has meaning for its stretch in our hours of the sun and as a reminder that the days now will start to shorten until late December. My four paintings on this fixed my attachment to this note in the Earth’s calendar. Today, this wondrous creature holds a small leaf in his mouth, stands up and sniffs the air, always monitoring. I wonder if he is as aware of time passing as am I. 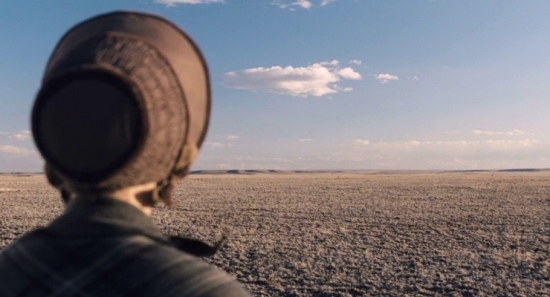 I am thoughtful about how much our contemporary culture attends to its personal wounds. It has been a rallying cry since the 60s, not undeserved, not unfelt, but noticeable historically in the harsh story of our land how much the focus has changed from survival, civic service and duty to narcissism and hyphenated group suffering.  This is an observation. Suffering is the constant. No time has been worse than any other for the individual in pain. No one group has a corner on it either.

Streaming Netflix continues to be a bargain for film fans. Last night I watched The Homesman.

It premiered in the fall of 2014 probably around the time I had to move out of my studio and leave New York. That is the only explanation I can find for never hearing about it. Directed by Tommy Lee Jones, it is the journey of his character and one played by Hillary Swank, two unlikely partners who join together to take three wives back East, women who have become psychotic from the wounds and trials of the Nebraska frontier life they endured in the late 19th century. The photography holds the narration complete. The set up of the steadfast and devout single woman and the off-the-grid man, the two together more sound and sane than the three psychotic women locked and tied in the wagon as they head east is the razor edge they traverse regardless of the cost. It echoes in all of us as the theme constant throughout human history. We do it because we keep our word, because it must be done and because that in spite of inner need we move to a higher cause. That is how this tale begins. The score is haunting, available on iTunes, and the cinematography, well, so minimal and cutting — a scalpel line of the plain to the sky — a razor slicing through lives unforgiving and binary. The final scene on the return West is a George Caleb Bingham brought to life. Watch and weep as we are reminded what generations before us endured and mankind continues to endure. 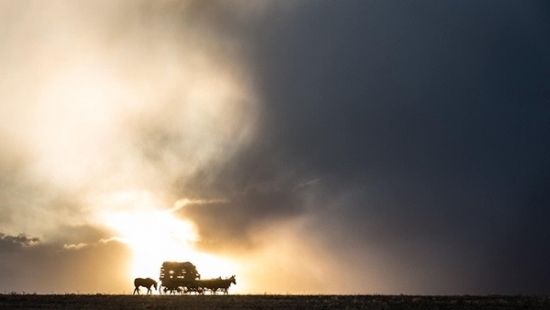 The Purple Finch and His Wife

The light is from the west and everything is intensified.  Raking, it creates more form and yet it dramatizes and blares out some of the subtleties of color.  The Purple Finch isn’t purple at all but he is a year-round resident and  always a visual eye-opener.  His mate is equally impressive though Eileen Fisher subtle and together they are effecting for their difference.  Note the beauty of his eye.  We live among marvels.

I’m glad I am on a hill. The rains began last week.  There are small lapses when the clouds catch their breath and fill up again but it has been pouring, drizzle, mist or fog for days and forecast into next week too.  The greens continue to surprise and the birds are so wet they look like they have been dipped in bathtubs.  I saw a Blue Jay yesterday whose feathers stood out sopped and with a just out-of-the-shower startle.  Everyone says this is unusual for this time of year.  It’s all new to me; each day there are more things to see.

Somerset Maugham’s short story, Rain is a favorite of many and the summer is a good time to reread it.  You can find it whole here and enjoy as the rains fall.  It was made into a film in 1932 featuring Joan Crawford as the prostitute Miss Sadie Thompson.  So you can watch it on YouTube.  The opening scenes make me think I should have a rain barrel to be collecting all this water for later use.  I have a lot to learn about the land.